The Corbet School will be holding a Christmas Carol Concert at All Saint’s Church Baschurch on Monday 12th December at 6.30 pm followed by refreshments. Please do come and join us!

On Friday 16th December 2016 the school day will finish at 1.30pm for the Christmas holidays. Pupils who travel on school transport will be collected at 1.30pm. We would kindly ask other parents and pupils to make necessary arrangements to be collected at 1.30pm. There will be no transport provision at the normal finish time of 3.20pm.
Please note that there will be no lunchtime canteen service on this day, although there will be the usual morning break service. Pupils entitled to free school meals will be able to use their provision at morning break.
Pupils return to school next term on Wednesday 4th January 2017; Tuesday 3rd January is a PD day.

Please can we remind parents that they should not be parking on the school bus turn whilst waiting to collect pupils from after school clubs.

Thank you for your cooperation

Two nominations have been received for the two vacancies for Parent Governors, I
therefore declare that the candidates below are appointed to serve as Parent Governors
from today, for a period of four years; to be endorsed by the Governing Body on 12th
December 2016.

Profile statement from Julie Squire:
“As mum to a son in Year 8 and a daughter due to start the Corbet in September 2017, I
feel that I can offer commitment to the role of parent governor.
I am passionate about education and, having worked in secondary schools for over twenty
years, I have many ideas to share with the governing body.
As a governor, I would help to maintain the excellent reputation and successes of the
Corbet School, ensuring its continued development.” 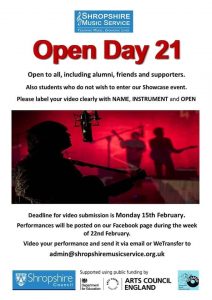 Job vacancy: Teacher of RE for September 2021 ... See MoreSee Less